We are committed to providing high-quality, equitable care within an inclusive learning environment that values and supports all members of a diverse workforce. Through a carefully curated series of moderated sessions on a variety of topics, thought leaders and scholars from within and outside Northwestern share insights into the roots of healthcare disparities and facilitate discussions that inform and inspire innovative solutions.

Khadijah Breathett, MD, MS, is an assistant professor in the UA College of Medicine - Tucson, Division of Cardiology, a member of the UA Sarver Heart Center and a heart failure specialist with the Advanced Heart Failure, Mechanical Circulatory Support and Cardiac Transplantation Team at Banner - University Medical Center Tucson.Her research interests include reducing racial/ethnic and gender disparities in advanced heart failure and preventing those populations from developing advanced heart failure.  Dr. Breathett has developed several outcomes and population studies as well as community interventions focused on reducing racial/ethnic and gender disparities in cardiovascular disease.  She serves on multiple national committees within the American Heart Association and Heart Failure Society of America. 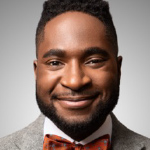 Utibe Essien, MD, MPH is an Assistant Professor of Medicine at the University of Pittsburgh School of Medicine and a Core Investigator in the Center for Health Equity Research and Promotion. Dr. Essien is also a board-certified internist, providing clinical care at VA Pittsburgh. Dr. Essien joined the Center for Research on Health Care in September 2018 as a health services researcher, studying racial and ethnic disparities in the use of novel therapeutics in the management of chronic cardiovascular diseases such as atrial fibrillation. Recently, Dr. Essien has applied his disparities research framework to the COVID-19 pandemic, becoming a national expert in examining the disproportionate toll that COVID-19 is taking on minority communities in the U.S. Dr. Essien's expertise in the field has resulted in publications in leading medical journals including JAMA and the NEJM. During the COVID-19 pandemic he has been interviewed by several local and national news media outlets including National Public Radio, the New York Times, Washington Post, Wall Street Journal, and NBC News. Dr. Essien's leadership in advancing health equity led him to be named as Director of the Institute for Clinical Research Education’s Career Education and Enhancement for Healthcare Research Diversity (CEED 2) program for medical students. Dr. Essien is a 2019 National Minority Quality Forum 40 under 40 Leaders in Minority Health awardee.

Dr. Nia Heard-Garris is a pediatrician and a physician-investigator at the Ann & Robert H. Lurie Children’s Hospital of Chicago and in the Department of Pediatrics at Northwestern University Feinberg School of Medicine. She examines the influence of social adversities experienced in childhood and subsequent child and adolescent health. Dr. Heard-Garris is also interested in the factors that contribute to a child’s ability to thrive despite these experiences. In August 2019, she received her career development award (K01), which is funded by the National Heart Lung and Blood Institute and with this award she plans to investigate adolescent cardiometabolic health. She believes in using research to better inform clinical practice and policy that supports children, their families, and their communities. Dr. Heard-Garris is also an active member in the American Academy of Pediatrics (AAP) and serves as the Chair and founding member of the Section of Minority Health, Equity, and Inclusion.

Dr. Jones' program of research principally seeks to challenge, clarify and correct the narrative concerning risk and resilience for Black youth and their families. He strives to better understand the interplay between race-related risk (e.g., racial discrimination, racism-related stress) and protective factors (e.g., racial identity, racial socialization, Africentricity) that influence Black youth psychological wellbeing. To that end, his investigations seek to move beyond understanding that racial/ethnic factors are protective, to unearthing the mechanisms and processes that explain how this protection is achieved. He employs both quantitative and qualitative methodologies—including utilizing mixed methods—and his strengths-based approach is grounded in cultural ecological models, acknowledging the role of individual and broader contextual (e.g., microsystem, macrosystem) factors. Lastly, as a scientist-practitioner, his research endeavors to answer these questions in the service of identifying avenues for prevention and intervention efforts. 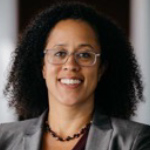 Dr. Matthews is the chief health officer for Cityblock Health. She seeks to focus on larger health policy issues that impact underserved patient populations - access to care and financing, health disparities, social determinants of health, primary care and the medical home. She is a clinician, advocate, administrator, and academic. Initially having worked in correctional medicine, she transitioned to administration within federally qualified health centers (FQHCs), which provide community-based primary care and wrap-around social services. She believes in the FQHC as a meaningful structure for the delivery of care and therefore serves on multiple national and state committees focused on clinical implementation and advocacy issues on behalf of FQHCs. Having joined the US Department of Veterans Affairs in 2016, she led the newly created Office of Community Care into unprecedented transformation. She successfully implemented the new Veteran Community Care Program under the MISSION Act, deployed the Community Care Network national contracts through the majority of the country, and has transformed the provider claims processing efforts. Then as Chief Medical Officer of the largest health care system in the world, she assisted with the further transformation of this high quality, high performing integrated network, including serving as the VHA Functional Champion for the EHR Modernization to Cerner commercial product.

Dr. Nakae is dedicated to access and equity in medical education and healthcare through transformative leadership and practice. She collaborates with campus constituencies and community partners to build capacity for justice in medicine and society through teaching, mentorship, and innovation. Dr. Nakae began her career as a director for Diversity at the University of Utah School of Medicine in Salt Lake City, Utah, and later served in the same role at the Feinberg School at Medicine at Northwestern University in Chicago, Illinois. She then served as Assistant Dean for for Admissions, Recruitment and Student Life at the Loyola University Chicago Stritch School of Medicine where she also joined the academy as an Assistant Professor of Medical Education. Dr. Nakae moved to Southern California to serve as Associate Dean for Student Affairs and Associate Professor of Social Medicine, Population, and Public Health at the University of California, Riverside School of Medicine. She currently serves as the Senior Associate Dean for Diversity, Equity, Inclusion and Partnership at CUSM. Dr. Nakae's research focuses on studying policies and procedures, and practices in order to develop strategies and best practices for change. She utilizes qualitative, quantitative, narrative, and community participatory methodologies in her research, often engaging in shared learning and partnerships along the way. Research Interests Enrollment management and holistic review in MD admissions, graduate medical education, and faculty search processes Undocumented Students in higher education and medical education Academic medicine careers for underrepresented populations Access and equity in medical education Allyship, co-investment, and antiracism Premedical preparation 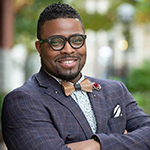 Dr. Oluwaferanmi Okanlami is an Assistant Professor of Family Medicine, Physical Medicine & Rehabilitation, and Urology at Michigan Medicine; Director of Services for Students with Disabilities (SSD); and Director of Adaptive Sports & Fitness within the Division of Student Life at the University of Michigan.   He also serves as the Director of Adaptive Sports in the Michigan Center for Human Athletic Medicine & Performance and is the spokesperson for Guardian Life in their Equal & Able Partnership.  He served on the St. Joseph County Board of Health, appointed by former Mayor Pete Buttigieg; and is on the board of the River City Challenged Athletes, a non-profit supporting the area adaptive sports teams. He was featured on Robin Robert’s Good Morning America Series “Thriver Thursday,” and has a catch phrase, “Disabusing DisabilityⓇ,” hoping to demonstrate that DISability doesn’t mean INability. He is a member of the Alpha Omega Alpha Medical Honors Society,  received Michigan Medicine’s Distinguished Early Career Alumni Award in 2020, and was given the “A Teacher’s Teacher Award” by the Academy of Medical Educators. Nationally, he serves as the Disability Issues representative on the Steering Committee for the Group on Diversity and Inclusion at the AAMC, and the National Medical Association’s Council on Medical Legislation. He speaks around the country on topics related to Diversity, Equity, and Inclusion, including, but not limited to the lack of black male physicians and creating a health system that is accessible and inclusive to both patients and providers with disabilities, and has been featured on CBS News, Fox News, PBS News Hour, and MSNBC’s Morning Joe.  He is leading efforts to create an adaptive sports program, providing access to physical fitness and recreational and competitive sports for all.

Credit Designation Statement: The Northwestern University Feinberg School of Medicine designates this live activity for a maximum of 7 AMA PRA Category 1 Credit(s)™. Physicians should claim only the credit commensurate with the extent of their participation in the activity.